Home Companies How Irish businesses are tackling the rising cost of energy
Our website publishes news, press releases, opinion and advertorials on various financial organizations, products and services which are commissioned from various Companies, Organizations, PR agencies, Bloggers etc. These commissioned articles are commercial in nature. This is not to be considered as financial advice and should be considered only for information purposes. It does not reflect the views or opinion of our website and is not to be considered an endorsement or a recommendation. We cannot guarantee the accuracy or applicability of any information provided with respect to your individual or personal circumstances. Please seek Professional advice from a qualified professional before making any financial decisions. We link to various third-party websites, affiliate sales networks, and to our advertising partners websites. When you view or click on certain links available on our articles, our partners may compensate us for displaying the content to you or make a purchase or fill a form. This will not incur any additional charges to you. To make things simpler for you to identity or distinguish advertised or sponsored articles or links, you may consider all articles or links hosted on our site as a commercial article placement. We will not be responsible for any loss you may suffer as a result of any omission or inaccuracy on the website.
Companies

How Irish businesses are tackling the rising cost of energy

April 6, 2022
Editorial & Advertiser disclosureEditorial & Advertiser disclosureOur website provides you with information, news, press releases, Opinion and advertorials on various financial products and services. This is not to be considered as financial advice and should be considered only for information purposes. We cannot guarantee the accuracy or applicability of any information provided with respect to your individual or personal circumstances. Please seek Professional advice from a qualified professional before making any financial decisions. We link to various third party websites, affiliate sales networks, and may link to our advertising partners websites. Though we are tied up with various advertising and affiliate networks, this does not affect our analysis or opinion. When you view or click on certain links available on our articles, our partners may compensate us for displaying the content to you, or make a purchase or fill a form. This will not incur any additional charges to you. To make things simpler for you to identity or distinguish sponsored articles or links, you may consider all articles or links hosted on our site as a partner endorsed link. 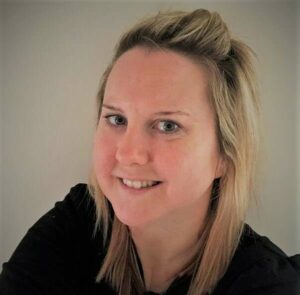 Paying utility bills is one of the unavoidable parts of running a business. But with EU leaders struggling to agree on how to ease energy market pressure, energy bills are soaring.Businesses are therefore embracing technology in reducing their energy use wherever possible.

Businesses up and down Ireland are looking at the amount and type of lights they use.

Lighting even a small office space is expensive. But according to lighting guidance by the Warwick University, the optimal amount of light needed to carry out paper-based tasks is 500 lux. Just for clarity, 1 lux is defined as being equivalent to one lumen spread over an area of 1m squared. So simply ‘dimming the lights’ isn’t a viable option.

In recent years,light, bright energy-saving LED bulbs have been replacing halogen bulbs and that’s great. But old-style fluorescent tubes can still be found without having to look too far. And unfortunately, the most common T8-tube fluorescent lights waste their energy through their ballast. The energy lost can easily equal the energy the tube is using itself, so in fact the consumption is doubled.

To save money, traditional fluorescent tubes should therefore be swapped out for LED tubes. Not only do they waste less energy but need replacing far less often too (plus no annoying flickering!) LED lighting can therefore make a big difference to a business’ energy bill in the long term.

When plugging a device into a smart plug, the plug will then cut off that device when no longer in use. So rather than leaving, say, a phone charger constantly plugged in, a smart plug will switch off current to the charger when a phone is not plugged in. Across a whole office or several business bases, this not only cuts wastage but also saves money. It’s kinder on the environment too.

Powers fobs are ideal for lower traffic areas of a business, like certain meeting rooms, store rooms and utility cupboards. They work by cutting off non-essential power (like lighting and sockets) when the room isn’t in use.

Often staff will leave lights and heaters on by accident and over the year this adds hugely to a company’s energy bill. Power fobs can be an important way of mitigating this.

In a similar vein to power fobs, timers will cut the power to an area – such as toilets – after a set amount of time. However, they’re more suited to areas that staff don’t spend more than a few minutes in. Therefore for somewhere like meeting rooms, where the lights need to stay on longer, a power fob might be more practical.

The installation of photovoltaic cells, known as solar panels, is an investment that’s likely to pay dividends as prices continue to rise. When your business produces its own solar power it will automatically reduce its electricity payments to power companies.

Yes it’s an investment over time, with solar panels typically paying for themselves after about five years. However, if the business generates any surplus power, it can exported to the grid in return for an export payment. These payments are due to being in June 2022.

Alongside the gas and electricity bill there’s also the water bill to think of.

Many modern offices have staff kitchen areas with a sink. If possible, the installation of a dishwasher to discourage washing up, is a much more energy-efficient step.

According to a recent UK study, one dishwasher cycle uses the same amount of water and energy as heating between 4 and 6 washing-up bowls of water, or continuously running the hot tap for 6 to 9 minutes. Therefore, if more than 6 washing up bowls of water are being used to rinse up cups, plates etc per day (and in many businesses this is likely the case), a new energy efficient dishwasher will help. Plus, use it on an eco-program (they’re usually quicker and wash at a slightly lower temperature) you could use around 20% less energy compared to the main programs.

There’s a range of Revenue tax reliefs and exemptions offered to businesses in Ireland that can prove vital in injecting extra cash in these tough times. One of them – R&D Tax Credits – is all too often overlooked, despite the fact it’s been in existence since 2004.

Open to Irish companies of all sizes and in any sector, R&D Tax Credits represent a very generous tax saving designed to help with the costs of research and development. Perhaps a company has spent money on developing a new product, service or process. It may have instead taken something that already exists and improved it. But as long as systemic, investigative or experimental activities involving science or technology have been undertaken, as much as 25% of eligible R&D expenditure can be used to reduce a company’s Corporation Tax bill. Even the smallest R&D tax claims can run into tens of thousands of euros, making a significant difference to cash flow.

In order to claim R&D Tax Credits, many companies use anonline R&D tax portal to complete their application. Not only does doing so offer the best chance of success, it also means support in maximising claims so no money is left on the table. Well worth considering.

The fact is, the energy crisis isn’t going away any time soon, and businesses will need to be creative in saving costs – and boosting income – wherever possible. It’s tempting to dismiss the basics, believing that small changes are just a few euros so what’s the point. But over time, it all adds up – and may even mean the difference between sinking and swimming.

NFON Takes the Pulse of Working from Home...

How observability pipelines can help businesses navigate the...

What impact could the 4-day working week have...

July 22, 2022
We use cookies on our website to give you the most relevant experience by remembering your preferences and repeat visits. By clicking “Accept All”, you consent to the use of ALL the cookies. However, you may visit "Cookie Settings" to provide a controlled consent.
Cookie SettingsAccept All
Manage consent