Lifeline for Generation Rent? First-time buyers could secure house deposit four years sooner by saving in gold rather than cash

August 31, 2021
Editorial & Advertiser disclosureEditorial & Advertiser disclosureOur website provides you with information, news, press releases, Opinion and advertorials on various financial products and services. This is not to be considered as financial advice and should be considered only for information purposes. We cannot guarantee the accuracy or applicability of any information provided with respect to your individual or personal circumstances. Please seek Professional advice from a qualified professional before making any financial decisions. We link to various third party websites, affiliate sales networks, and may link to our advertising partners websites. Though we are tied up with various advertising and affiliate networks, this does not affect our analysis or opinion. When you view or click on certain links available on our articles, our partners may compensate us for displaying the content to you, or make a purchase or fill a form. This will not incur any additional charges to you. To make things simpler for you to identity or distinguish sponsored articles or links, you may consider all articles or links hosted on our site as a partner endorsed link.

First-time buyers in the UK are saving for an extra four years to afford a house deposit as they continue to save in cash unaware that they could get there much quicker with gold, reveals research from Glint, the global gold-based savings and payments system that allows clients to instantly and securely save, send and spend real gold, digitally.

Glint’s research indicates that the average first-time buyer saves for 12 years* in order to afford the average UK house deposit of £59,000**. Analysis of historic gold prices shows that this deposit could be reached in just 8 years (33% sooner), if prospective buyers saved in gold instead of cash savings such as ISAs.

Glint explains that Generation Rent can take more control over how they save for a deposit for their first home ensuring they can purchase their first home much sooner, which is vital as property prices continue to rise. According to ONS figures, house prices have risen by 13.2% over the last year.

Glint adds that alternative currencies are increasingly popular as inflation rises rapidly– already exceeding the Bank of England’s initial 2% target with the Bank expecting to hit 4% this year. In addition, minuscule interest rates and record levels of government borrowing and debt combine to erode the value of sterling and other fiat currencies. UK national debt recently hit £2.2tn – over 99% of GDP.

Jason Cozens, Founder & CEO of Glint, www.glintpay.com ,says: “There is a huge untapped opportunity for first-time buyers to finally get onto the property ladder by turning towards alternative currencies. Generation Rent finally has an alternative to the seemingly hopeless task of stockpiling a deposit from cash savings such as ISAs as house prices continue to soar to record highs, leaving them at risk of getting left further behind with every month that passes.”

“With inflation rising more quickly than expected and minuscule interest rates, the value of sterling is declining, meaning that prospective buyers are forced to save even more than previously to reach the holy grail of a deposit for their first home. By continuing to persevere with cash savings, they are at real risk of pricing themselves out of a home.”

“In addition to out-of-control inflation and historically low interest rates, our cash savings are impacted by the staggering levels of public borrowing and debt. As our cash and savings further decline in value, how are Generation Rent meant to take the vital step of getting onto the first rung of the housing ladder when the value of their dream home becomes further out of reach every day?”

“Many first-time buyers feel like they’re swimming against the tide – once they’ve saved enough for their deposit, they find out that it’s no longer enough to secure the home they were saving for. Over the last 20 years, the growth in the value of gold has far outstripped the rise in house prices – saving in gold is a clear alternative for those searching for value and can unlock the possibility of home ownership. Although house prices have increased by 58% since the financial crisis, gold prices have soared 146% over the same period. Gold has also dramatically outperformed many other investments over the long-term, such as the FTSE 100, cementing its position as the asset of choice.”

“More recently, the allure of cryptocurrencies captured hearts and minds of investors and savers but the extreme volatility of these assets – Bitcoin’s value is under half of its April peak – ensures that these assets aren’t a viable option when saving for a home. There are also reports of reluctance amongst some lenders to approve mortgage applications to prospective buyers based on the deposit or income originating from crypto returns, with some applications rejected outright.”

“Whilst the value of gold can decline, meaning that its purchasing power can in turn decline, it has proven its reliability as a long-term store of value and prices are steadily climbing back to the highs of last year. Previously, access to gold was extremely limited but the digitalisation of gold with Glint has unlocked the asset to all consumers offering a viable means of saving for the future and even spending gold on an everyday basis.”

Glint has enjoyed rapid growth during 2021, with a 34% increase in new clients looking to spend and save gold – hitting 84,350 clients in August, up from 62,900 at the start of the year. Glint also recently passed a major milestone, processing over $250m transactions since launch.

Glint’s UK crowdfunding campaign through Seedrs has recently successfully closed, raising over £3m, 152% of its target, from 1,200 investors. The campaign remains open to US investors through its partnership with Republic. 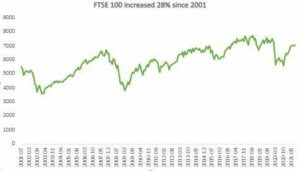 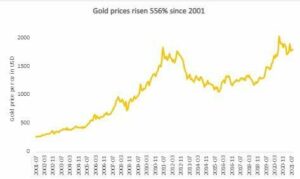 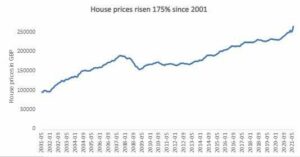 France’s Vivendi sells 2.9% of Universal to Pershing Square for $1.15 billion

Microsoft to gobble up Activision in $69 billion...

UK economy finally bigger than before pandemic in...

January 7, 2022
We use cookies on our website to give you the most relevant experience by remembering your preferences and repeat visits. By clicking “Accept All”, you consent to the use of ALL the cookies. However, you may visit "Cookie Settings" to provide a controlled consent.
Cookie SettingsAccept All
Manage consent