August 18, 2021
Editorial & Advertiser disclosureEditorial & Advertiser disclosureOur website provides you with information, news, press releases, Opinion and advertorials on various financial products and services. This is not to be considered as financial advice and should be considered only for information purposes. We cannot guarantee the accuracy or applicability of any information provided with respect to your individual or personal circumstances. Please seek Professional advice from a qualified professional before making any financial decisions. We link to various third party websites, affiliate sales networks, and may link to our advertising partners websites. Though we are tied up with various advertising and affiliate networks, this does not affect our analysis or opinion. When you view or click on certain links available on our articles, our partners may compensate us for displaying the content to you, or make a purchase or fill a form. This will not incur any additional charges to you. To make things simpler for you to identity or distinguish sponsored articles or links, you may consider all articles or links hosted on our site as a partner endorsed link.

SureCloud removes all charges associated with its in-house implementation and ongoing configuration services, reducing the risk of investing in IT GRC for its customers and allowing them to futureproof their GRC solution.
SureCloud, a provider of industry-leading IT governance, risk, and compliance (IT GRC) cloud-based solutions, has launched an innovative go-to-market approach for its customers to help simplify and de-risk their investment in IT GRC.
The new approach has been devised as a response to typical industry pain points, such as failed implementations and additional, unforeseen services costs, that make investments in GRC technology a risk for customers who find it almost impossible to “futureproof” their solution of choice.
SureCloud, which has served the IT GRC market since 2014, has opted to completely remove the heavy up-front costs usually associated with GRC software implementation and ongoing configuration changes. Instead, customers will have the freedom to focus on what they want their solution to do rather than worry about how many professional service days to purchase.
Typically, a GRC software provider will charge an annual license fee and layer implementation and ongoing configuration services on top as an additional cost, often partnering with a third party to implement their solutions.
This approach can put pressure on customers to get the implementation right ‘first time’, leading to a tendency to overload the initial project with functionality that ‘might’ be needed in the future. This can result in overcomplicated designs, which can have a high risk of failure in an operational environment.
Moreover, GRC solutions often need adapting over time to meet the changing business environment, and the requirement for ongoing configuration changes after the initial implementation can present unexpected and unbudgeted costs to the customer.
Recognizing these challenges, SureCloud, which has its own in-house team of implementation experts, has opted to no longer charge customers for its implementation and ongoing configuration services. Over the course of their subscription, customers benefit from a fully configurable solution without having to secure budget increases or be blindsided by unexpected costs. And they get a fully aligned GRC technology partner incentivized to ensure a smooth and successful implementation. 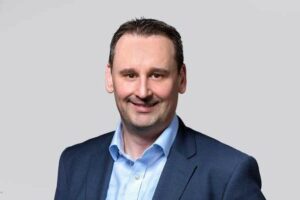 “Feedback from customers reveals that our new approach gives them the certainty of running costs, enabling them to demonstrate what a continual run rate looks like without unpredictable spikes in additional services,” says Nick Rafferty, SureCloud’s COO and co-founder. “And by not charging for implementation services, customers can be driven by timescales that are closely aligned with the delivery of outcomes, rather than resource costs and a tendency to over-scope the initial implementation. This means that they can focus on the end game and make the right decisions for their

Blockchain Could Be Key to Improving Sustainable Practices...

Tesco says online services back up after interference...

Zivver Listed as a Representative Vendor in 2021...

UK competition watchdog has music streaming in its...

October 19, 2021
We use cookies on our website to give you the most relevant experience by remembering your preferences and repeat visits. By clicking “Accept All”, you consent to the use of ALL the cookies. However, you may visit "Cookie Settings" to provide a controlled consent.
Cookie SettingsAccept All
Manage consent