Home Finance Revenue audits are on the rise: But why might Revenue check an R&D Tax Credits claim?
Our website publishes news, press releases, opinion and advertorials on various financial organizations, products and services which are commissioned from various Companies, Organizations, PR agencies, Bloggers etc. These commissioned articles are commercial in nature. This is not to be considered as financial advice and should be considered only for information purposes. It does not reflect the views or opinion of our website and is not to be considered an endorsement or a recommendation. We cannot guarantee the accuracy or applicability of any information provided with respect to your individual or personal circumstances. Please seek Professional advice from a qualified professional before making any financial decisions. We link to various third-party websites, affiliate sales networks, and to our advertising partners websites. When you view or click on certain links available on our articles, our partners may compensate us for displaying the content to you or make a purchase or fill a form. This will not incur any additional charges to you. To make things simpler for you to identity or distinguish advertised or sponsored articles or links, you may consider all articles or links hosted on our site as a commercial article placement. We will not be responsible for any loss you may suffer as a result of any omission or inaccuracy on the website.
Finance

Revenue audits are on the rise: But why might Revenue check an R&D Tax Credits claim?

February 11, 2022
Editorial & Advertiser disclosureEditorial & Advertiser disclosureOur website provides you with information, news, press releases, Opinion and advertorials on various financial products and services. This is not to be considered as financial advice and should be considered only for information purposes. We cannot guarantee the accuracy or applicability of any information provided with respect to your individual or personal circumstances. Please seek Professional advice from a qualified professional before making any financial decisions. We link to various third party websites, affiliate sales networks, and may link to our advertising partners websites. Though we are tied up with various advertising and affiliate networks, this does not affect our analysis or opinion. When you view or click on certain links available on our articles, our partners may compensate us for displaying the content to you, or make a purchase or fill a form. This will not incur any additional charges to you. To make things simpler for you to identity or distinguish sponsored articles or links, you may consider all articles or links hosted on our site as a partner endorsed link. 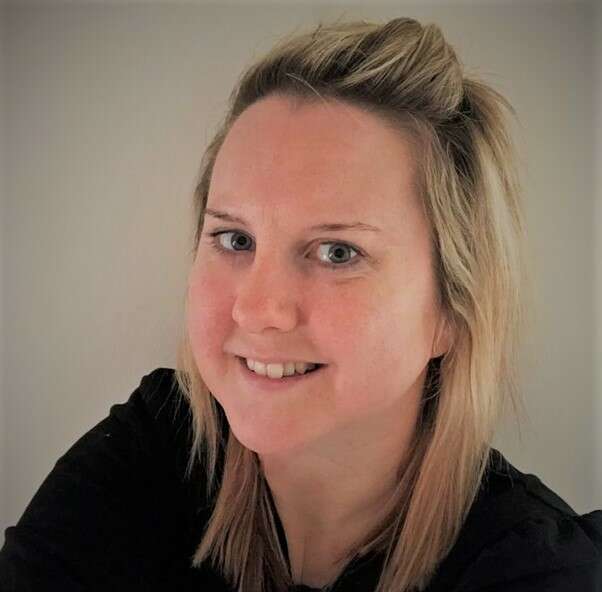 As far as Revenue-backed tax rebates go, it doesn’t get much more generous than the R&D Tax Credits scheme. But while companies across Ireland have benefitted since its launch in 2004, Revenue are tighter than ever when it comes to compliance.

Government statistics show that in 2019 alone, 1601 companies in Ireland made an R&D Tax Credit claim, up from just 73 in 2004. The total value of R&D claims has jumped too, from 611.9 in 2012 to 976.4 only seven years later. With such a meteoric rise, inaccuracies and fraud can cost the Irish economy millions, making audits in important Revenue tool.

R&D Tax Credit claims involve an honest assessment of your own work, so it’s hardly surprising Revenue want to check them. Only a small minority of R&D Tax Credit claims are fraudulent and usually mistakes are innocent. But that doesn’t mean Revenue won’t still come down on you like a tonne of bricks.

What happens when Revenue undertakes an R&D Tax Credit audit?

You’ve submitted your R&D tax claim and now you’re kicking back to wait. But the next thing you know, Revenue have got in touch wanting to do an audit.

Don’t panic though – there could be many reasons why they’re doing it. Sometimes it’s even just a random spot check (these can still be initiated up to four years after the claim was submitted). Revenue will tell you why your claim has been chosen and what they need.

When an audit has been requested, Revenue will usually want to look at your whole claim, primarily to check it qualifies and that your R&D expenditure is accurate and reasonable. Once this is done, it will then review the financial and technical evidence you’ve provided. This is to check that your company actually completed the work itself.

As time is moving on and R&D gets more complex, the number of Revenue enquiries is increasing. But claiming is a notoriously complex process and falling foul of the rules is worryingly easy.Furthermore, Revenue is within its rights to examine the company’s wider tax landscape too, not just their R&D Tax Credits claim. This can sometimes go back several years.

There are many reasons, but some are more common than others. Random spot checks aside, other common scenarios include:

Say you’re a very small company with just a few staff and this is your first R&D Tax Credit submission. Now suddenly you’ve put forward a claim for a very large R&D project with incredibly high costs. Yes, this could well be accurate and proper, but to Revenue it’s likely to raise an eyebrow. It’s the sheer spending amount that may need to be justified again.

Likewise, if your company has claimed R&D Tax Credits before but your latest claim is far higher than those made previously, again Revenue may want to look closer.

You need to demonstrate to Revenue that you understand the rules around R&D Tax Credits thoroughly. That is to say, your company has carried out technical or scientific research where the outcome was unpredictable from the beginning – and you can prove it.

That doesn’t mean your R&D project itself actually has to have been successful in its objectives – it doesn’t. But you need to show a technical or scientific challenge was addressed. This is absolutelycrucial.

This mistake is especially common, and very easy to make.

For the purposes of claiming R&D Tax Credits, Revenue don’t need to know about management or operational challenges. They literally only want to understand the scientific and/or technical issues. This means describing the technology that has been created and explaining how it solves a problem.

Remember, Revenue inspectors have to sift through hundreds of R&D tax applications all the time, so you need to make it easy for them to give yourself the best chance of success. Avoid waffle, and keep it concise.

Not enough supporting evidence for the R&D Tax Credit claim

If your company has never claimed R&D Tax Credits before, there is some leeway as regards to less-than-comprehensive record keeping. However, that won’t wash for later claims and Revenue expects you to be able to accurately prove your expenditure and time apportionment. If Revenue inspectors believe your supporting evidence isn’t entirely accurate, you’ll stick out like a sore thumb. And not for the right reasons.

Your R&D technical report should be up to scratch too.

Your R&D wording is too generic

This is important – you must be specific. For example:

Two companies are looking to submit identical R&D Tax Credit claims to Revenue. Company #1 names theirs “Cutting edge AI project” while company #2 calls it “Devising a bi-directional logic level conversion”. Which one will Revenue look more favourably on? The second one. Why? Because it’s far more descriptive and less general.

The message here is to be precise about what it is your R&D projects looked to tackle. It takes away any guesswork for Revenue, meaning less chance of enquiries.

When it comes to R&D Tax Credits, don’t be tempted to DIY

As mentioned, making an R&D Tax Credits claim is far more complex that it first appears. Any questions from Revenue can take time to answer, and audits are often stressful. Both are well worth avoiding.

Going it alone can also leave your company more exposed to scrutiny, which is why professional R&D tax support is vital. Not only will you cut your chances of a Revenue audit, you’ll also avoid leaving valuable cash on the table that could have been reinvested into further R&D work. And with economic growth struggling, it’s an income stream that deserves to be maximised.

WHAT’S NEW FOR 2022? GUESTS GET SET TO ENJOY BIGGER AND BETTER BREAKS AS AWAY RESORTS UNVEILS EXTENSIVE INVESTMENT PLANS

Payroll innovation has accelerated in 2022, with expert...

December 5, 2022
We use cookies on our website to give you the most relevant experience by remembering your preferences and repeat visits. By clicking “Accept All”, you consent to the use of ALL the cookies. However, you may visit "Cookie Settings" to provide a controlled consent.
Cookie SettingsAccept All
Manage consent