Businesses must be ready for Government’s simplified tax system

September 2, 2021
Editorial & Advertiser disclosureEditorial & Advertiser disclosureOur website provides you with information, news, press releases, Opinion and advertorials on various financial products and services. This is not to be considered as financial advice and should be considered only for information purposes. We cannot guarantee the accuracy or applicability of any information provided with respect to your individual or personal circumstances. Please seek Professional advice from a qualified professional before making any financial decisions. We link to various third party websites, affiliate sales networks, and may link to our advertising partners websites. Though we are tied up with various advertising and affiliate networks, this does not affect our analysis or opinion. When you view or click on certain links available on our articles, our partners may compensate us for displaying the content to you, or make a purchase or fill a form. This will not incur any additional charges to you. To make things simpler for you to identity or distinguish sponsored articles or links, you may consider all articles or links hosted on our site as a partner endorsed link. 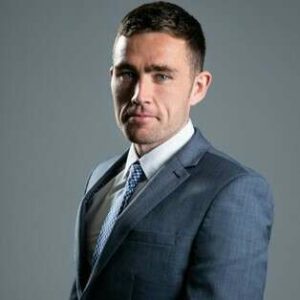 By 31st August, the Government’s consultation on how to best implement a simplified tax system for unincorporated trading businesses will close. The changes, if enacted would mean sole traders, many SMEs and the self-employed would need to adapt to an entirely new way of filing their tax returns by as soon as 2022.

The proposed Basis Period Reform aims to simplify the tax return process for small business and sole traders by bringing tax administration entirely online. This sits within the government’s Make Tax Digital plan. Aligning the process with the other non-income tax systems such as property income, the new legislation will mean taxation will be based on a ‘tax year’ rather than on a ‘current year’. This is intended to overcome the tax overlap currently in place. There are 4.3m self-employed people and many small businesses that would be affected; needing to keep digital records of their finances to go through the simplified online process. They can also expect to be taxed on profit arising from a given year, rather than on trading profits for the accounting period ending in the tax year.

For those businesses who already draw up accounts on the tax year on 31st March or 5th April, the practical difference would, in theory, be minimal and for some, the digital-led approach would be a welcomed change. However, for the 7% of sole traders and 350,000 SMEs in the UK that have their accounting dates later in the year, the proposed reform could result in added administrative burden and potentially even penalties, for those not adequately prepared in time.

How will the tax overhaul affect small businesses and sole traders?

Once the changes are implemented, sole traders, small businesses and self-employed people will benefit from a simplified tax system which should, in the long term reduces errors and expenses linked to tax returns. Indeed, because of the existing ‘overlapping’ basis, those whose accounting year is not aligned with the tax year can be charge twice under the current system which makes the process both laborious and costly.

This will be totally scrapped by the reform and should and should eliminate the need for businesses to rely on the ‘Overlap Relief’ to get their money back. Instead, the tech-led tax reform should replace the administrative burden created by the loophole and allow businesses to avoid unnecessary costs thanks to an easy-to-use and more accessible system.

However, while there are clear intended benefits to the changes, questions remain about whether those affected realistically have enough time to prepare. The transition period starts in the 2022/2023 tax year, leaving a limited amount of time for business owners and sole traders to put in place new systems, all with little Government support. These issues are made yet worse for those in their early years of operations, which are unlikely to already prepare their accounts by 31st March of 5th April for cashflow reasons.

As with any changing legislation, additional administrative duties to comply with the new regulation and potential errors might occur. For those who are not fully aware or sufficiently prepared for the changes, the transition period might entail unnecessary cashflow issues and surplus costs as a result. Additionally, the financial situation could be complicated by a proposed penalty system for those who do not meet the requirements by the start of the transition period.

How can they best prepare for the changes?

Grasping the full extent of what the proposed changes mean at the personal level is now key for the decision makers at these businesses. Having a sound understanding of what to expect, first during the transitional period, and then once the reform is fully under way, will make it easier to avoid the penalties down the line.

Seeking professional advice is often the best port of call for anyone unsure about how the changes will impact them, or even what to do in response. Accountants and financial advisers can provide expert insights into the new regulations as well as a holistic view of the market to facilitate the transition. Additionally, due to the limited timeframe proposed for the tax reform, seeking professional advice early can ensure those businesses are aware and ready for the acceleration of tax payments they might face under the newly implemented regulations.

At this stage, it’s important that those likely to be impacted are clued-up on what it means for them and seeking the right support. While the transition period is less than generous, there isn’t currently a need to panic.

The Importance of a Holistic Brand Strategy

Oil rises to more than 7-year high on...

SECOM PLC EXPAND INTO ROCHESTER WITH A NEW,...

January 12, 2022
We use cookies on our website to give you the most relevant experience by remembering your preferences and repeat visits. By clicking “Accept All”, you consent to the use of ALL the cookies. However, you may visit "Cookie Settings" to provide a controlled consent.
Cookie SettingsAccept All
Manage consent